CHILDREN BEHIND BARS: A LAWFUL OUTLOOK 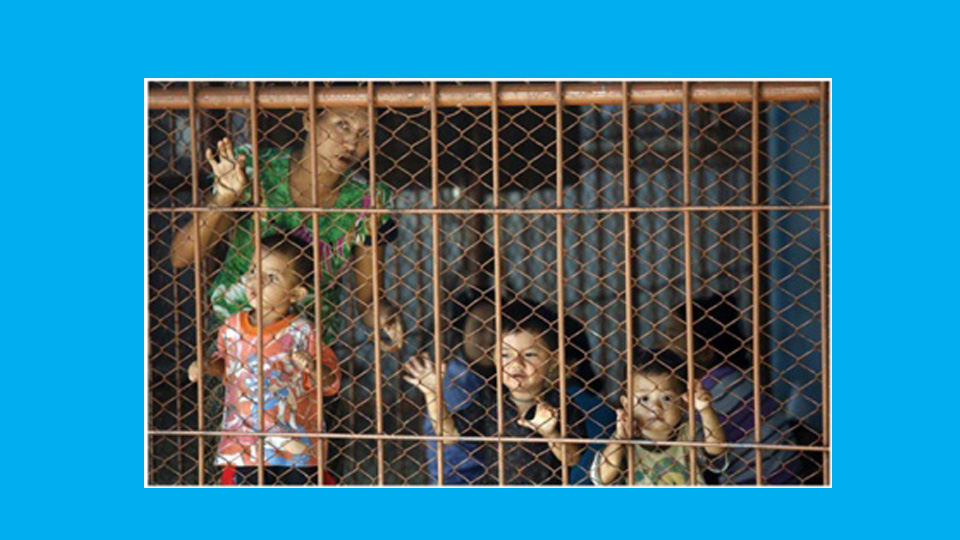 CHILDREN BEHIND BARS: A LAWFUL OUTLOOK

“Childhood should be carefree, playing in the sun; not living a nightmare in the darkness of the soul”

Childhood is the most innocent and carefree life span in a human life. What if the childhood is spent in a cage with criminal neighbourhood? It will be an obvious and unavoidable misfortune. In India, lots of children reside in prison with their incarcerated parents as they have no one else to support them. This brings us to an important responsibility of the State to safeguard these children. The fact that their parents are convicts/accused of criminal charges doesn’t make them one as well. They are entitled to all the fundamental rights enshrined in the Constitution of India. State has to contribute for their well being keeping in mind the condition of their parents. Now, a significant debate emanate on whether the State has done enough to achieve it or not?
In India, there are various guidelines issued for the protection of these children which entitle them benefits of leading/possibility of leading a normal childhood. In the case of R. D. Upadhyay v. State of Andhra Pradesh, (2007) 15 S.C.C 337, the Supreme Court of India recognized the entitlement of food, shelter, medical care, clothing, education and recreational facilities to children as a matter of right. The major legislation in relation to direct control of the inmates in prison is the ‘Jail manual’ that regulates the activities and people in prisons. These manuals are to be suitably amended to entitle the rights conferred on children therein.
The above decision makes special emphasis on female prisoners living with their children. In regard to this, the pregnant women have to be provided medical care and be provided with minimum basic facilities for child delivery and providing pre and post-natal care for the mother and the child. The female prisoners are allowed to keep their children in jail till the children attain the age of six years, after which the child has to be handed over to a suitable surrogate or sent to a suitable institution run by the Social Welfare Department.
During the stay of child in prison, his diet, education, recreation, clothing and medical care is the responsibility of the prison authorities for which certain guidelines has been issued by the Court. There shall be a ‘crèche’ (for children up to 3 years) and a ‘nursery’ (for children between three to six years) attached to the prison for taking due care of the children in terms of their welfare and education. Along with this, the Court has issued guidelines for proper welfare of children by providing them suitable diet and medical facilities.
Although, the State has enacted a number of legislations for the welfare of children in different areas such as The Guards and Wards Act, 1890; the Child Labour (Prohibition and Regulation) Act, 1986; the Juvenile Justice (Care and Protection of Children) Act, 2000, there is no specific regulation imparting and enforcing rights to children in prisons. This is an area of primary concern. There is a need for such legislation to be enforced on prison authorities, so that the children’s rights can be legally enforced and be backed by legislation.
In consonance with article 246 of the Constitution of India, the primary responsibility of regulating the prisons vests in States. Prisons are principally managed by the State Governments, subjected to federally enacted laws such as Prisons Act (1894), for which various state-level prison laws, rules and manuals are enacted. However, there is a lack of proper enforcement of such laws. Whereby these legislations enforce rules in relation to prison, it hardly gives deterrence for default in cases of non welfare of children. There is a need of proper mechanism and strict enforcement of such laws. There is a need for addition of a separate section for the regulation of children staying with their incarcerated parents in the federal law, along with the measures or deterrence imposed on defaulters for non compliance with minimum requirements in such cases.
Moreover, some states provide financial support for the children of incarcerated parents that include State of Kerala and West Bengal. Such measures need to be added in all jurisdictions subject to the nature of financial support. This is necessary to be done considering the financial background of child’s parents who are still imprisoned and helpless to provide any support. No matter how much the State does, the plight of the children who stood in prison would be adversely affected due to their detachment from the external environment socially and physically, but the State has to backup these souls to regain or restore it.
The rights of children and the females in prisons have been recognized in various United Nation Conventions such as UN Standard Minimum Rules for Treatment of Prisoners; Convention on the Rights of the Child; General Principles on Treatment of Women and Children; The Salvador Declaration etc., which forms the model to be followed by nations across globe to adapt and enforce legislations to attain the objectives laid down in these conventions. These conventions form the backbone for State responsibility across international standards to be made effective at national levels.
The Parliament and State Assemblies in India have adapted such conventions, but have failed to enforce them effectively. Number of cases comes up on daily basis which reflect the poor state of health and welfare of a child in prison and even inferior situation arises when poor standards and lack of basic amenities lead to death of child and the mothers. This is a serious connotation for the lack on the part of the Government and its agencies to enforce its rules, guidelines and legislation effectively. Therefore, it is only when the number of affected children will be considerably reduced to negligible, can we say that children have a comparatively fruitful childhood in prisons due to efforts made by the law enforcement mechanism.
Hoping for a better welfare and future of children staying with their incarcerated parents!